Marcy and I went to a convention last week and per chance we where asked to come to the stage to be a part of an example. The principle that was being taught was to Not go chasing money. Money is a bi-product of energy. If you build your energy, money is attracted to you. As a visual aid the instructor held  $100 bill in front of us and asked how had some expandable balls on the floor that when opened up became gigantic. (This is Marcy writing now)… So As Robinson is getting this mentoring lesson told to him, it clicks for me, that what I needed to do was expand this ball and put it up over my head to show him that I have increased my energy and I could receive this $100 he was dangling. 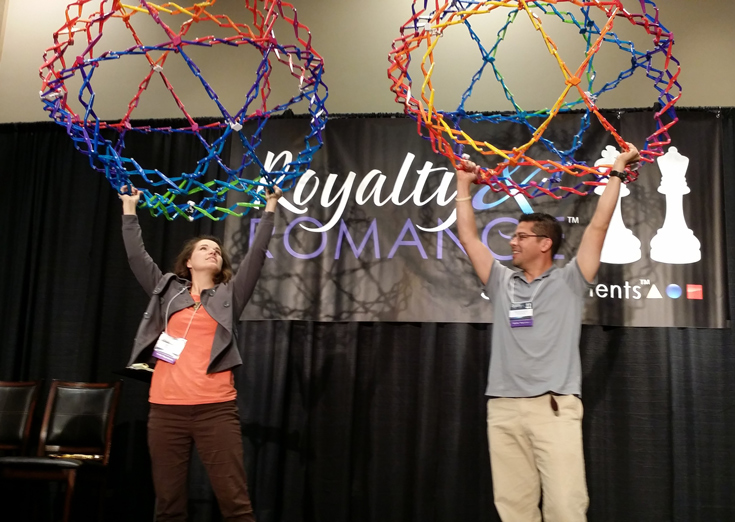 He mentioned an interesting concept I’ve never heard of or though before, that “those who have low energy have only a small space to receive, but when you have an energy rich life, the space in which you have to RECEIVE is greater and you have room to receive not just one thing, but many things.” He sees me expand the ball and comes over to talk a little a hand me the bill- I had no hands available so I told him to put it in my mouth. Robinson followed my lead, and to my surprise was ALSO presented with $100. !!! I was in shock. What a great life lesson to learn.   That was just the beginning. As the instructor is talking to the audience I became emotional because we just got $200. $200 that was going directly to Sofi’s adoption fund!- He turned his head a notices I was emotional, called over the stage crew to give us microphones and asked me what was happening. I was able to briefly tell our story about having Ari, miscarrying multiple times, and being in the adoption process with Sofi.

The class talked about how within our families we are royalty and how to become our best selves for the Kingdom we are creating within our own homes. my heart was racing and I felt a surge of energy burst through me as I exclaimed that “Somehow, Someway I will bring her home and she WILL BE A PART OF MY KINDGOM!  We have a video clip that will be posted. After this happened, I was amazed… people started coming up and giving us money! I was in shock, I remember hugging the first 3 people that came up, but they came up so fast, I hardly had time to acknowledge one person before the next was putting more money in my hands!. I don’t know if there was a dry eye in the room, it was an extremely moving experience. The presenter afterwards explained to us that because of the energy in my story, the resources were attracted to it. It was incredible. We raised $3400 without meaning to. We had a story, and we gave it energy. 🙂 Truly a miracle.

One thought on “Miracles happening”

Thank you for stopping by! , we are happy to share with you our progress as we fight to give Sofia a Family and the care she needs, many people has felt inspired to help with this adoption, we thank you from the bottom of our hearts for participating.

Reece's Rainbow is the website we found Sofia on. They have a Family Sponsorship Program where tax deductible donations can be made toward her adoption. Click the link to see the progress of Sofia's FSP account, and give a donation. (She is known as Scarlet on this site, we will be naming her Sofia Ava) 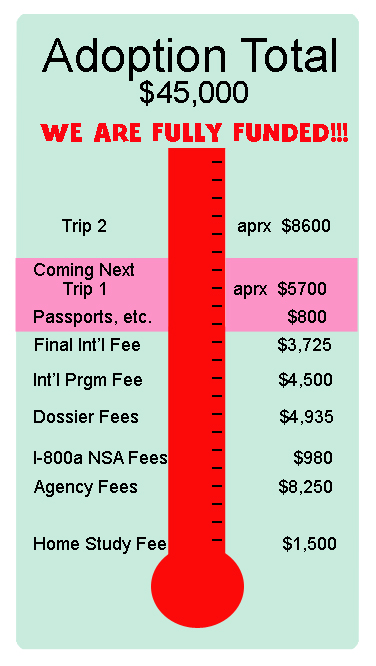